While at work he is strictly business, at heart John Carmona is still the laidback surfer dude that left California a number of years ago to explore the exotic corners of the earth, with a snowboard or surfboard under his arm and a thirst for sunshine and adventurous experiences.

John grew up on the sunny west coast of the United States and pursued a career both locally and overseas as a brand manager for some of the world’s most respected surfing and skateboarding companies. He possesses several years of experience in brand management, brand development and overseeing internal operations.

Since commencing his role as Sales Manager at Diego’s in 2013, John has contributed in driving the Diego’s success story in recent years.

John’s day-to-day tasks include various facets of sales management including; overseeing both domestic and international accounts, liaising with both clients and suppliers, promoting brand awareness and helping to coordinate aspects of logistics.

The best things about working at Diego’s:

John says the Diego’s team is one of the number one reasons that keeps him showing up to work each day.

“It’s truly an amazing team dynamic to be a part of in that everyone is always there for one another and it truly is like an extended family,” John says.

“The team is culturally diverse and I feel we have a rich melting pot of different personalities, with everyone bringing something unique to the table.

“While at times there are certain challenges, the fun atmosphere and overall support from the team makes it completely worth it.

“It’s also beneficial to working for a privately-owned company as opposed to public. It allows for more flexibility, a healthier work-life balance and a stronger support network when needed.”

“Having grown up in California with a Hispanic background, tortillas were not only one of my favourite foods but a staple of everyday life,” John says.

“It goes without saying that Diego’s tortilla range, particularly the low-carb products are at the top of my list.

“I love cooking at home with the family and it’s amazing to be able to cook with the products I help produce.”

John’s number one passion is the ocean, a self-prescribed ‘salty sea-dog’, one doesn’t need to look far to find the man himself either surfing or taking his seven-year-old son Kai for a swim.

John is also a world traveller, having explored and surfed some of the gnarliest reef breaks in Indonesia and beyond. When on his down time, he loves to spend time outdoors with his wife Marisa – perpetually soaking up the sun on the beautiful Gold Coast or playing basketball or soccer with his son. 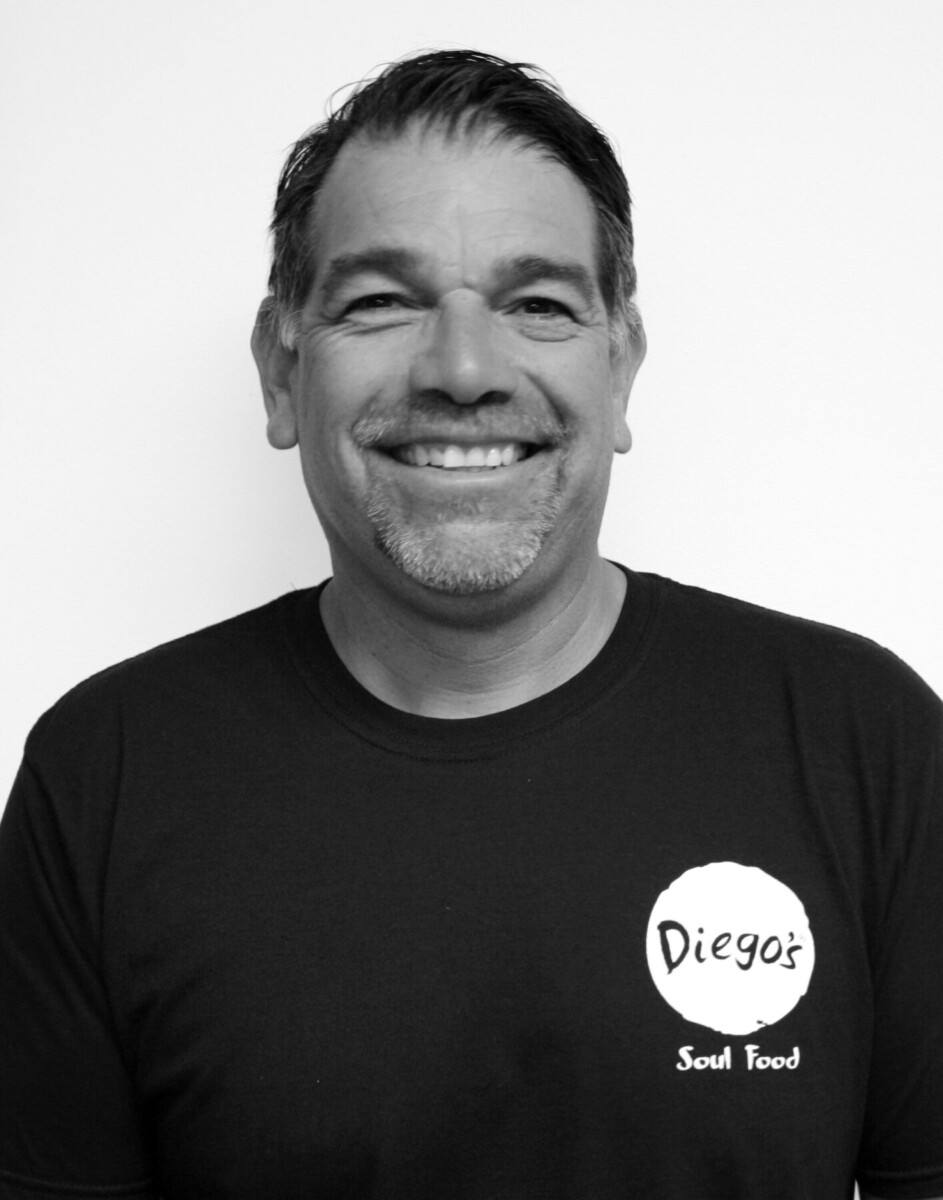